May You Rest In Peace 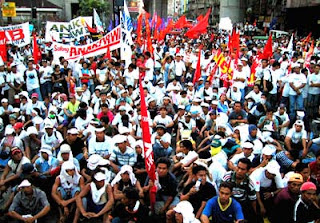 Isn't it funny that we celebrate Labor Day by not going to work? That's kinda like celebrating somebody's birthday by not going to the party. Doesn't seem right. Wouldn't it be more appropriate if Labor Day was celebrated by working sixteen hours instead of the usual eight? Or if everybody worked for free for the day! You know, 'cause it's a celebration! Like giving presents!

I think I have some good ideas here. In fact, I'm going to give our local government a visit and present these ideas.

News Flash: A man was stoned to death in front of City Hall this morning. Initial reports indicate that a group of the man's co-workers have been arrested as suspects. Motive is yet to be established.
brainfart by echu dealt at 11:18 AM 2 comments:

Email ThisBlogThis!Share to TwitterShare to FacebookShare to Pinterest
Labels: silly

This blog reached a milestone today. Now I know that it was not an idle task and that it was not an entire waste of (cyber)space. I'm glad that it's here. Thanks to those who made that so. Anything good that comes from this from now on is just gravy.

So, as a tribute to this blog (not me), here's a graphical representation of it: 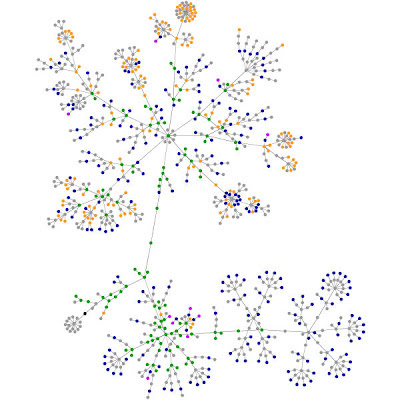 Here's a link to an animated version. You will also see a legend for the graph at that link. To see a graph of your own blog, use this link.
brainfart by echu dealt at 4:45 AM 2 comments:

I Melt With You 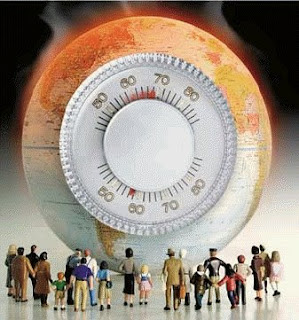 I don't go outdoors in the afternoon 'cause I'm afraid I'll start to sizzle because of all the lard trapped inside my body. April 18 has been the hottest day in Manila so far and it doesn't sound (or feel) like things are going to improve. From inq7.net:

Temperatures shot up to 36.8 degrees Centigrade in Manila Tuesday, the hottest recorded so far this year by the Philippine Atmospheric Geophysical and Astronomical Services Administration (Pagasa).

Pagasa chief Nathaniel Cruz said the coming days would even be warmer.
...
Cruz, however, pointed out that people felt warmer than the actual temperature, and more uncomfortable because of the high humidity in the atmosphere.
...
"There are two seasons in the country. The wet and dry. Either you get wet or sweat,'' he said.

I think 'warmer' is an understatement. Also, I can think of other words that rhyme with 'wet' and 'sweat'. It's a Tagalog word that starts with a 'p'. Clue: It can also gets sweaty during these days.

I wanna be so rich I can install centralized air conditioning in Manila, both indoors and outdoors. Moving to a cooler climate would make more sense but that would be taking the easy way out and it's just too obvious.

Somebody, blot out the sun! Suck out the humidity! Tilt the globe 20 degrees and takes us out of the equator! Somebody do something! It's hot! I'm fat! I'm sweaty and sticky! This is not right! (sexy imagery huh?)

Omigod! This is just too cool...

I make it a point not to re-blog but this was just way too good to resist. I remember seeing the Weng-Weng movies when I was very young. It must have been on Piling Piling Pelikula (PPP) or one of movie showcases during Saturday afternoons. How wonderful is it that somebody wrote a rap and video tribute to Weng-Weng? It's just too much.

Also found that there's a bunch of other Weng-Weng clips in YouTube, here's a link. 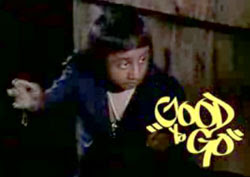 Longtime BoingBoing readers will recall previous posts hereWeng Weng, the short-statured pulp action star from the Philippines who vanquished many a villain and broke many a broad's heart. about

Some guys have produced a new tribute rap video, and lo, is it awesome. Video Link.

brainfart by echu dealt at 9:00 AM No comments:

I Love You Like A Fat Kid Loves Cake

Update: For all things "i love you like a fat kids loves cake" click here. If you came through a search engine, that's probably where you want to be.

Geez, no new post for more than 2 weeks. I'm slipping.

I just realized that I have some form of subconscious obsession with bread and pastries. I was going through previous post and I found that several of them talked about such things:Quite a strange discovery since consciously, I'm not too fond of bread or pastries. I'd rather have my hotdog on a stick and make it a Salisbury steak rather than a burger. I’m also not big on pastries or pies either. I'll eat it if it's given to me (true for almost anything edible), but I would rarely order one for myself. Speaking of steaks, look what the missus made for dinner last night. It should give you an idea why I'm fat - I mean weight challenged. 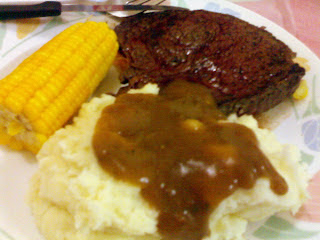 brainfart by echu dealt at 4:49 AM No comments: